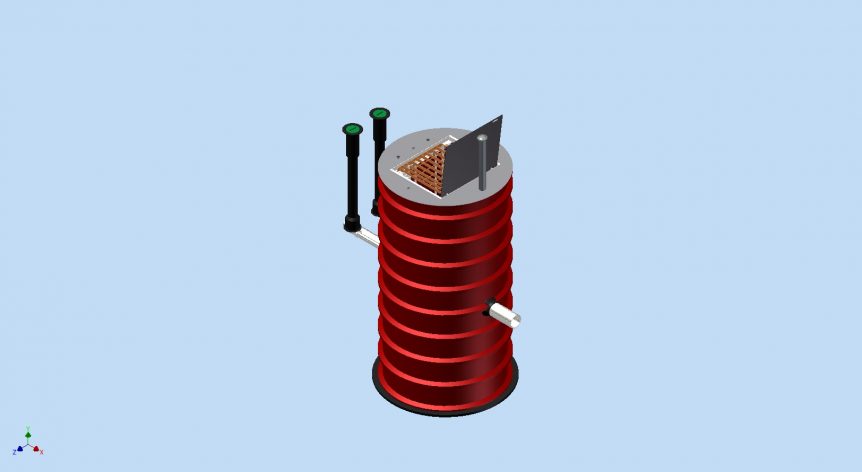 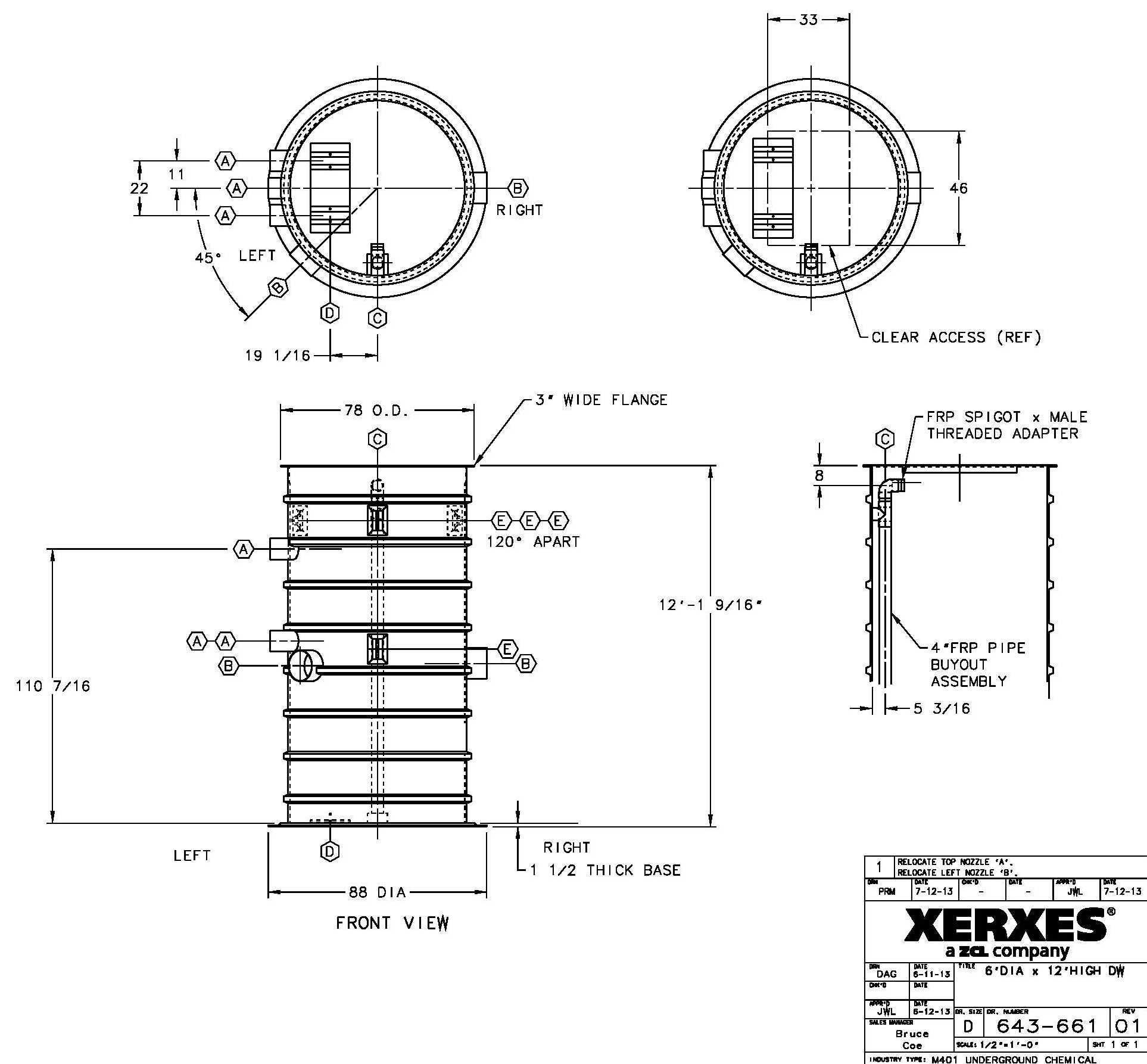 Romtec Utilities will typically design double-wall lift station sumps with prefabricated fiberglass basins. For these sumps, there are two walls to the basin with an “interstitial layer” that is vacuum sealed between the walls. This center layer is an entirely different fiberglass material that acts as a small perpendicular substructure which separates the double-walls with a gap, while maintaining the overall structural integrity of the sump. The small gap between the walls is what makes these components true double-wall sumps.

The continuous leak detection works by filling the gap between the sump walls with a control liquid that is vacuum sealed. In a reservoir at the top of the tank, a probe measures the elevation of this interstitial liquid. Any change in the level of the control liquid indicates that fluids are either entering or exiting the gap, detecting a leak. The probe can also measure the rate of the leak as well as trigger an indicating alarm.

The other common method of leak detection in double-wall fiberglass wet wells (secondary containment tanks) is much simpler. An electric sensor is placed at the lowest point of the wet well in the interstitial layer. When liquid leaks out of the primary wall, the liquid flows to the lowest point and activates the sensor.

Although this second method is simpler, it has a few drawbacks that can make it unsuitable for some applications. First, this sensor only detects leaks into the interstitial layer. A leak could potentially exist undetected if no liquid passes through it. Depending on the presence of gasses or other conditions, a leak could be harmful even without a fluid leak. The second drawback is that it places an electric sensor in potential contact with the liquid. Flammable or otherwise volatile liquids maybe be explosive when exposed to specific currents of electricity, taking this option potentially off the table for some applications.

More and more projects with double-wall sumps are being developed by Romtec Utilities, using true double-wall sumps with leak detection. It is likely that this level of protection and sophistication will eventually be required for most hazardous fluid applications. Many industrial, military, petrochemical, and pharmaceutical sites are adopting lift stations with these components to provide the best in environmental protection, while some organizations simply want to avoid it being mandated in the future. Whatever is the concern of your project, Romtec Utilities can provide the expert engineering necessary to get your project true double-wall sumps with continuous leak detection.